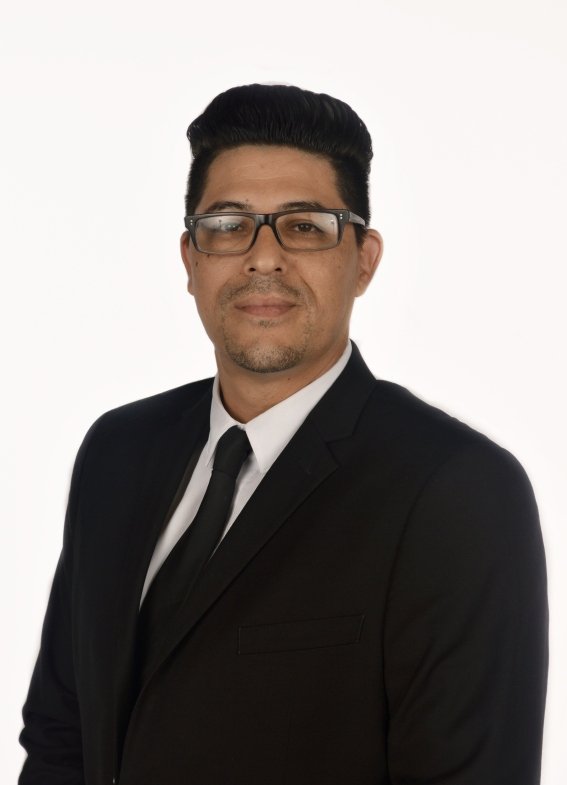 Since 2003, Douglas LeChuga has worked tirelessly assisting attorneys in advocating for the rights of injured victims.

In 1997 Douglas began building a family, when he married his wife Ana.  Douglas met Ana while attending the same church when he was just (8) years old.  From that moment, a lifetime bond was forged that would soon spawn into a family.

Douglas has fortified his reputation for helping others by serving his community in a variety of different forums.

Faith has always played a starring role in Douglas’ life, and on the weekend he and his family can be found in attendance at Centro De Avivamiento Church.

Douglas has a very giving nature and spends much of his free time playing a visible role within his church community; teaching guitar and drum lessons as a part of youth ministry.

Douglas brings an unmatched passion into the office each day and embodies the helpful, can-do attitude that has become a hallmark of the Ledger Law Firm.

Back to about us